June 9, 2022, Tokyo – Amata K.K., in collaboration with indie game creator Tatamibeya, is pleased to announce a screenshot contest to celebrate the 4th anniversary of the release of the Steam version of NOSTALGIC TRAIN and the 1st anniversary of the home console version.

Screenshot Contest to Commemorate the 4th Anniversary and the 1st Anniversary of the Release of NOSTALGIC TRAIN.

NOSTALGIC TRAIN, launched on Steam by Japanese indie game creator Tatamibeya on June 13, 2018, is celebrating its fourth anniversary. The Nintendo Switch™ version of the game, which was ported by Amata, will also celebrate its first anniversary this August, and to celebrate, a screenshot contest will be held across all platforms: Steam, Nintendo Switch™, PlayStation®4 / PlayStation®5, and Xbox One / Xbox Series X|S.
In addition to the developer, Tatamibeya, and Amata representative, Hiromichi Takahashi, professional photographer and in-game photographer, Yuichi Yokota will serve as a judge. Prizes will be awarded to the best entries, so please feel free to submit your nostalgic landscapes as you see fit. 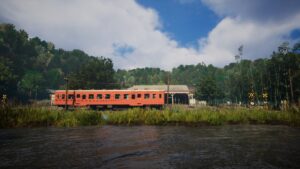 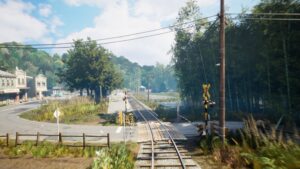 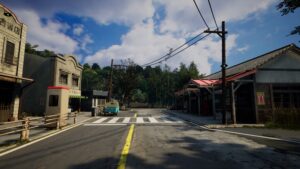 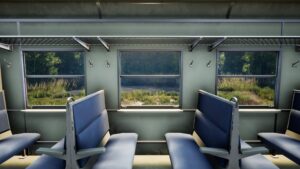 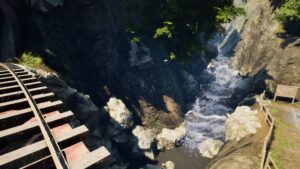 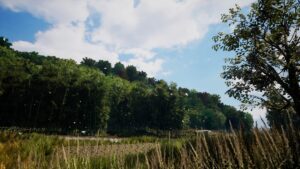 *This is an unprocessed image, but you may edit or modify the image when submitting your work. 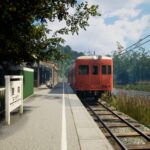 After studying Western History and Tanzanian Architectural Decoration at university, he worked as a 3D background artist in the video game industry. 2012 he left Japan to live in Czech Republic, USA Bay Area and Poland. He has worked on Cyberpunk 2077, Mafia 3, Malicious, etc. He has been developing games using UE4 under the name of Tatamibeya, and his work NOSTALGIC TRAIN was recommended by the 22nd Japan Media Arts Jury, and Far Away Train was nominated for the “INNOVATIVE OUTLAW AWARD” at BitSummit THE 8th BIT, which is given to innovative works in terms of technology and ideas. 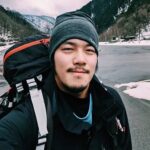 Born in Koriyama City, Fukushima, Japan Prefecture in 1985, Yokota is a photographer living in Setagaya Ward, Tokyo. He began working professionally in 2010. He specializes in bold yet delicate pictures that convey the scale of magnificent nature. He mainly photographs landscapes in Japan and abroad. In addition to taking photographs related to tourism promotion and regional development, he also writes articles and conducts PR projects on SNS and other web media. He won the first prize in the international photo contest “IPA 2016,” and his work has been featured in numerous international media. He contributes to the recognition and dissemination of in-game photography culture in Japan. 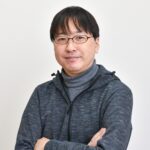 He has worked as a director and producer for 4 domestic game companies and 2 Korean game companies. He has experience developing games for a wide range of platforms, including arcades, consoles, PC online, mobile, and VR. Director for “Doko Demo Issyo” at Sony Computer Entertainment Inc., which was the recipient of numerous awards including the 1999 Multimedia Grand Prix Minister of International Trade and Industry Award and the fourth Japan Games Award. His VR Escape-the-Room game “Last Labyrinth,” released in 2019, also created a buzz with its unique VR experience and won numerous awards at games and VR events around the world. Currently, he is an active game developer, running a game development company and directing the VR Action-Adventure game “The Tale of Onogoro”.

NOSTALGIC TRAIN is a mystical and melancholic first-person adventure/walking simulator set in the Japanese countryside, where you solve not only the mystery of the missing people of Natsugiri, but also that of “yourself”.

The game attracted a great deal of attention on Steam® through the Japanese indie game creator Tatamibeya in June 2018 for the quality of its beautifully recreated CGs of the nostalgic Japanese countryside. It was recommended by the 22nd Japan Media Arts Screening Committee of the Agency for Cultural Affairs.

Also, the Nintendo Switch™ version of NOSTALGIC TRAIN, which was ported by Amata and released in August of this year, has been very well received.

It contains both a story mode, “Two fluctuations at journey’s end”, and a free mode, where you can explore the world of Natsugiri at your own pace. Relax and immerse yourself in a fantastical world full of tragic stories and beautiful nostalgic scenery.

I was so dazzled that I could barely open my eyes. The singing of the cicadas and the humid air surrounded me. The air is filled with the faint smell of the sea breeze.

I’m sitting on a wooden bench in an old station building.

Where is this place? And… what am I doing here?

As if stepping out of the purest of white light, I woke up here, my memories gone. I could not find anyone in this strange place… 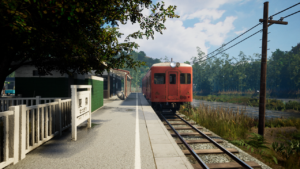 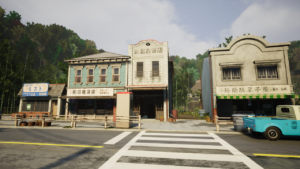 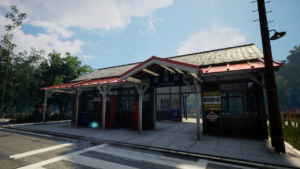 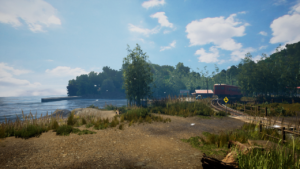 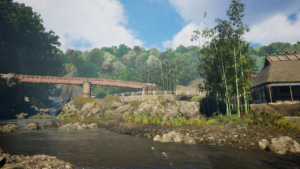 Company Name: Amata K.K.
Representative: Hiromichi Takahashi, Company President and Representative Director
Address: Arma Building, Kita-Shinjuku 1-4-1, Shinjuku-ku, Tokyo, 169-0074, JAPAN
Established: June 25, 2008
Business: Game Business & others
Official Website: https://amata.co.jp/en/
About Amata K.K.: Founded in Tokyo in 2008, Amata K.K. has helped develop smartphone titles for a wide variety of world-renowned Japanese game companies over the years. With many staff having over 20 years of game industry experience, Amata has become a trusted one-stop shop for planning, developing and operating games across a variety of platforms. While keeping the focus on game development, Amata has also begun to expand into VR, video, media and other forms of entertainment.