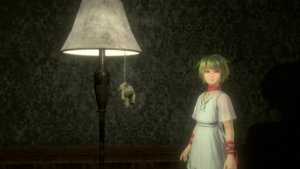 The full version will receive a multi-platform, worldwide release (download only) in Fall of 2019.

Stefanie Joosten, the voice and likeness of Quiet from Metal Gear Solid V: The Phantom Pain (2015) and international model, actress, voice-actress and singer, will be the voice of Katia, the mysterious girl that players work together with.